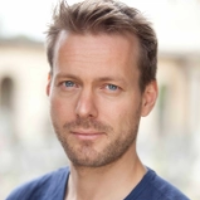 Director. Actor. Animator. Voice over guy
Actor - Voice of Sigma in Overwatch; Kwolok in Ori And The Will Of The Wisps and Marl in Anthem

Carlo Bath is an Award Winning Writer and Director of Movies such as Twinkle Twinkle, The Wrong and Don't Open the Door along with the Award Winning short film Schizophrenia and The upcoming Critters spinoff "Crites" he is also a YouTuber and visual effects artist who has worked on over 40 shows and films over 15 years
$32

Actor, Director/Producer
Stefan Brogren is best known for playing the role of Archie “Snake” Simpson on the series Degrassi, but he’s also directed over 60 episodes of the series. He has received 4 Primetime Emmy nominations for his producing work within the Degrassi franchise. Stefan has been nominated 5 times, with two wins at the Canadian Screen Awards for “Best Direction in a Youth Program or Series”. He was recently nominated for directing the Hulu series Holly Hobbie for the 2020 CSA’s.