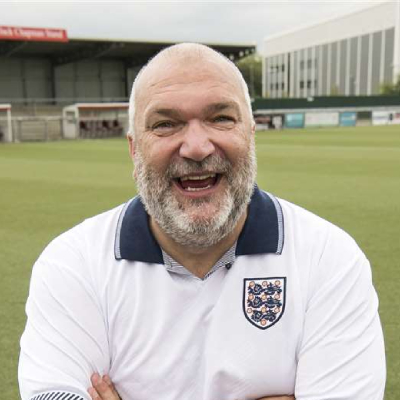 Former Football Player - England, West Ham United
Only player to have scored a hatrick in a World Cup final.

Mike is recording personal video messages partly to raise money for BBC Children in Need as well as other charities. Mike is a British TV presenter, former strictly contestant, winner of celebrity Mastermind, world record holder for participating in the greatest number of different sports and so much more. Check out Mike @mikebreakfast

Former Football Player - Everton
An iconic Everton and Irish national team player. Kevin spent the majority of his career with the Merseyside club and is regarded as one of the Blues' greatest ever players. He played a pivotal role in the era of success under Howard Kendall in the mid-1980s, scoring 97 goals in 357 games for the club between 1982 and 1992. During his extensive career, Kevin also represented Hereford United, Liverpool, Newcastle United and Blackpool. He won the League Championship three times, the FA Charity Shield twice, the League Cup and the European Cup Winners Cup.

Former Liverpool Goalkeeper
Christopher Edmund Kirkland is an English football coach and former professional goalkeeper who is now the head goalkeeping coach at Colne. As a player, he made 321 league and cup appearances in an 18-year professional career from 1998 to 2016, and won one cap for the English national team in 2006.