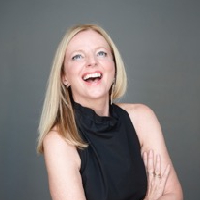 CLARE has worked extensively in Music, Film, Television, Theatre and Radio for 30+ years. The summer she left school her band ALTERED IMAGES were signed to CBS Records and CLARE appeared in the BAFTA winning comedy GREGORY’S GIRL directed by more...

"Thank you so much, Clare Grogan!! The video you made was the perfect Valentine's Day gift for my wife--she will never forget it!"

Tim loved his surprise video last year for his birthday, this one has gone straight into his wank bank ???? thank you Claire
Video received within 3 days

Thanks Clare for the great msg, really cheered wee Kev up in his recovery.
Video received within 10 days

Many thanks for the lovely video Clare. You did not mention, but I will, you are also one of my favourite artists too. Enjoyed the message, would love to meet you one day too. Take Care Steve
Video received within 5 days

Hi Clare - just wanted to say thank you for your lovely message for Kevin. He loved it and we all really appreciated the thought you put into it - went down very well. All the best and Hail Hail, David
Video received within 3 days

Hi Clare, well would you believe we saw you in Leeds last Friday and you were fantastic!! We didn't know that you were supporting human league and the friends we were going with didn't know about our video message either. We all laughed our heads off that
Video received within 7 days

Thank you Clare. My brother was absolutely overwhelmed by your lovely message. He will treasure it!
Video received within 1 days

A delightfully friendly and chatty reply from Clare which I will hang on to forever.
Video received within 5 days

Super fab! Thank you so much. Agonising 9 month wait before I present her with it but she will absolutely love it. She always sings my name to your song so this is a reversal. Thank you for the energy and the twinkle. You are part of my youth, we grew up
Video received within 1 days

Hi Clare - thank you so much for your fantastic recoding for Cockers. He's going to bloody love it! Fingers crossed we bump into you in Whitstable. If not, then have a great time there - we all certainly will! Love from Lisa, Sarah, Linda, Mark and Derek
Video received within 4 days

Hi Clare, I just wanted to say a huge thank you for your video message for my partner Pete. He's just opened it and was overwhelmed and thrilled. It's amazing , thank you, you've made his year. I hope you're OK and your niece Mia has a lovely 21st. Take
Video received within 6 days

Thanks so much Clare. Dean loved his birthday message. Brilliant :)
Video received within 2 days

This is such a perfect tribute to our birthday girl. Thank you so much Clare for a fabulous video message, and for delivering the personal details so enthusiastically - she will love it!
Video received within 6 days

Thank you so much for your amazing message for Ian Cawsey! We sprung it on him as a complete surprise in our bi-weekly online team yesterday. He is rarely lost for words, but the combination of such a heartfelt and uplifting message from you, and the fact
Video received within 2 days

Thank you so much for the video. So eloquent, so fun and so natural. My brother loved it.
Video received within 1 days

Absolutely fantastic, Clare really put her all in to this one, giving us a song and a personal message that really helped to make my partner's birthday a special one. Thank you so much.
Video received within 0 days

Fantastic! Wow! Thanks Clare Grogan your message made my Brother’s Christmas so special!
Video received within 0 days

Thank you so much for this brilliant video! I would really recommend choosing Clare for a special message as she has put a lot of effort and enthusiasm into creating something personalised and fun which I know my friend will love. What a star! x
Video received within 3 days

Fantastic Clare! Thanks so much. All I wanted and more. My Dad will be thrilled :-) Matt King
Video received within 5 days

Hi Clare, Just wanted to say a big thank you for the birthday message-it certainly brightened my day! Those marshmallows you were toasting over your new fire pit were huge by the way! And of course a rendition of 'Happy Birthday' made it extra special H
Video received within 1 days

Thank you Clare for your lovely video for my friend Mark (especially the hairbrush Altered Images medley). You made his day and he cried happy tears after seeing it.. See you in Glasgow with The Human League in December 2021.. Love Graham x
Video received within 3 days

Clare this is amazing! Thank you so much! My brother will love it! Xx
Video received within 5 days

Thank you so much Clare getting a video message from you meant alot to me I can't wait till we are back to some normality and can attend concerts again! I was thinking how many great bands we had back in the 80s alot of them I liked were either from Sco
Video received within 3 days

Fantastic! Clare recorded a really sweet message and was a great sport. Thank you.
Video received within 5 days

Thanks Clare - Great video message from your secret location - Isle of Skye on your holiday ? Ha Ha. Live gigs I think they are just starting to be allowed - great news for fans and performers alike. I hope they open Karaoke especially Lucky Voice i
Video received within 5 days

Dear Clare, Thank you so much for being a good sport and making my husband's 50th during lockdown all the more magical. We look forward to coming to see you in concert soon xx Dawn and Ed
Video received within 4 days

A fantastic website, full of great content that makes the videos as personable as possible. Mum absolutely loved the video Clare Grogan did for her, I would 100% recommend it for anyone out there :)
Video received within 0 days
Most videos are recorded within a few hours to a week. You can cancel your request for an automatic refund at anytime (for example if you do not get it in time for a birthday etc).

Homeland, Vikings, Law & Order, Batman Begins, Mandy. Linus Roache is a Golden Globe Nominated actor known for his roles in movies such as Priest, Wings of a Dove, Chronicles of Riddick, Batman Begins and more recently Panos Cosmatos’ visionary movie Mandy. He won a London Evening Standard award for his portrayal of Samuel Taylor Coleridge in Julien Temple’s Pandaemonium and was nominated for the Globe for his portrayal of Robert Kennedy in the FX TV Movie RFK. His recent Television credits include his multiple seasons on NBC’s Law and Order, History’s Vikings and Showtime’s Homeland.

CLARE has worked extensively in Music, Film, Television, Theatre and Radio for 30+ years. The summer she left school her band ALTERED IMAGES were signed to CBS Records and CLARE appeared in the BAFTA winning comedy GREGORY’S GIRL directed by BILL FORSYTH. ALTERED IMAGES quickly had worldwide success, selling millions of records, which topped the charts in several countries. They recorded 3 Top 10 Albums and had 6 UK TOP 40 hits – working with legendary producers MARTIN RUSHENT, MIKE CHAPMAN and TONY VISCONTI. They were voted BEST NEW GROUP at the NME awards the same year they were invited to play at THE ROYAL COMMAND PERFORMANCE. CLARE and the band worked closely with Scottish painter DAVID BAND creating original pieces of artwork that were released as special edition prints along with the singles. CLARE recently received a Special Recognition Award at the SCOTTISH MUSIC AWARDS. She made her debut at the ROYAL ALBERT HALL where she joined TEXAS onstage and recently played to a sell-out crowd at LA MICROSOFT ARENA. In the summer of 2018 CLARE appeared at Edinburgh Castle – another first for CLARE. ALTERED IMAGES songs have always had an established audience and in recent years a brand new one as well. CLARE couldn’t be happier about the opportunity to breathe new life into songs she wrote and loves playing in front of such enthusiastic crowds. She is in the early stages of writing some new material. She has had roles in dozens of TV and Radio Dramas, including some of the UK’s best-loved TV shows. SKINS – which she also wrote songs for! WATERLOO ROAD, EASTENDERS, DOCTORS, RED DWARF, FATHER TED, TAGGART, SEA OF SOULS, FORGIVEN and most recently had the chance to appear in one of her all-time favourite comedies STILL GAME. Her film credits include, GREGORY’S GIRL, COMFORT AND JOY, JILTING JO, WEDDING BELLES, SMALLEST GAME IN TOWN, LOYAL, EMO, THE PENALTY KING, BAFTA winning drama THE WEE MAN, DELIRIUM and most recently PERFECT STRANGERS – a Xmas Movie due for release Xmas 2020. CLARE has presented film, travel and music shows for TV and radio including the BBC’s THE ONE SHOW, STV’s SCOTAND’S REAL HEREOS, ITV’s DREAM TICKET, VH 1 and VINTAGE TV. Most  recently for BBC SCOTLAND, CORNER SHOP COOK OFF which aired February 2020. She has presented for 6MUSIC, BBC RADIO SCOTLAND and ABSOLUTE 80’S. Radio 4 comedy and dramas include ROMANCE AND ADVENTURE alongside Josie Long, RUMBUNCH with Med Giedroyc and the serialisation of MODESTY
BLAISE. Her debut novel – TALLULAH AND THE TEENSTARS reached No 2 in the Waterstone’s Children’s Book Chart – Book 2 – TALLULAH ON TOUR is available for download on Amazon. This Spring she performed in her first play in 7 years BAREFOOT IN THE PARK at THE PITLOCHRY FESTIVAL THEATRE and THE
ROYAL LYCEUM EDINBURGH. (Run postponed due to Covid-19)